Menu
Log in
Register
Install the app
You are using an out of date browser. It may not display this or other websites correctly.
You should upgrade or use an alternative browser.

I came across Mothergods on Youtube when looking for a way to get my ex back. I found these "success videos" where some of her clients talk about using Real Spell Caster 247 and got their lover back. However, It was not that way for me! I am starting to believe I was scammed because my spells never worked.

This all started when I contacted her on realspellcaster247.com because she promised 5 different spells and three months of free consultation. I was lead to believe that her spells manifested within 3 to 7 days. She said she would cast them within 24-48 hours from the time I paid her.

She emailed me from [email protected] and asked for additional information about my husband such as his full name and when he was born. Later that day, I received another email and she said that she located an active spell already cast on my husband from the girl he was currently seeing. She offered to cast two spells that would normally cost $345, but reduced the price down to $300 and called it an amazing offer.

The amount she was asking to cast my spells was a lot at the time - especially when I lost my job due to the pandemic and was trying my best to provide for our three kids. I was not in the right frame of mind at the time. There was so much pressure from the sudden change in lifestyle from the pandemic, then he left me, then all these problems came crashing down, that I just trusted her blindly without weighing out my options. I should have reviewed her or asked around for an opinion before throwing my credit card to the situation.

There were a lot of red flags that went off each step of the way. Why was the invoice she sent me from “Extra-best”? Why did it say that I was paying for web services?

After casting my spells, she sent me a very basic email saying that the work was completed. It felt pre-typed, generic and didn’t go into any details about how it relates to my situation. After that point, I never heard from her unless I reached out to her myself. Nearly 2 months later, my husband never came back and never once called me. I asked her about using another spell, which is where she did not recognize whom she was speaking to and that we had already cast two spells on my husband. It was then I came to my senses and decided she could be a scam.

Is there anyone on here that thinks she is scamming me? 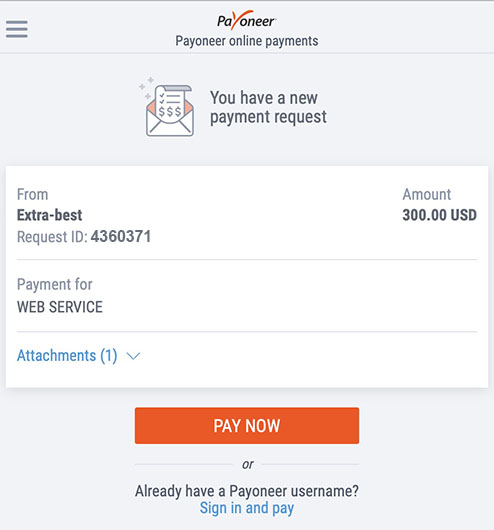 I have tried Mothergods before and yes she is scamming you. She had sent me a photo of a spell she claimed that she did, but I think it was somebody else’s work. Plus, I don’t know if that was really her doing the work. This lady is scamming you and when I contacted her to get a refund she didn’t reply back to me. I had to repeatedly contact Payoneer to get my money and it took me a couple of months.

Please don’t use her again. Ashra Koehn is the one you need to go to. She is 100% legit and her spells are real. You won’t be disappointed with her. Just email her and let her know what you need help with.

Mothergods is not a real spell caster and I know that her video reviews are nothing more than hired actors from Fiverr reading a script. Remember, this is a woman who claims to have over 60 years experiences, but the photo, she claims to be her, shows a woman that is in her late forties at best.

If that wasn't enough to steer clear of this obvious fake, did you know that she offers a spell that can cure HIV/AIDS?

Once you give away your money, she will send you a photo of your spell, but this is the same photo she sends to everyone. I couldn't stop laughing when she said she cast over 5 millions spells when her website has only existed for 2 years.

When you use Google Maps, you can see that this location is nothing more than a food warehouse and not a real location.

Let's give a standing ovation to the Paid Actors below! 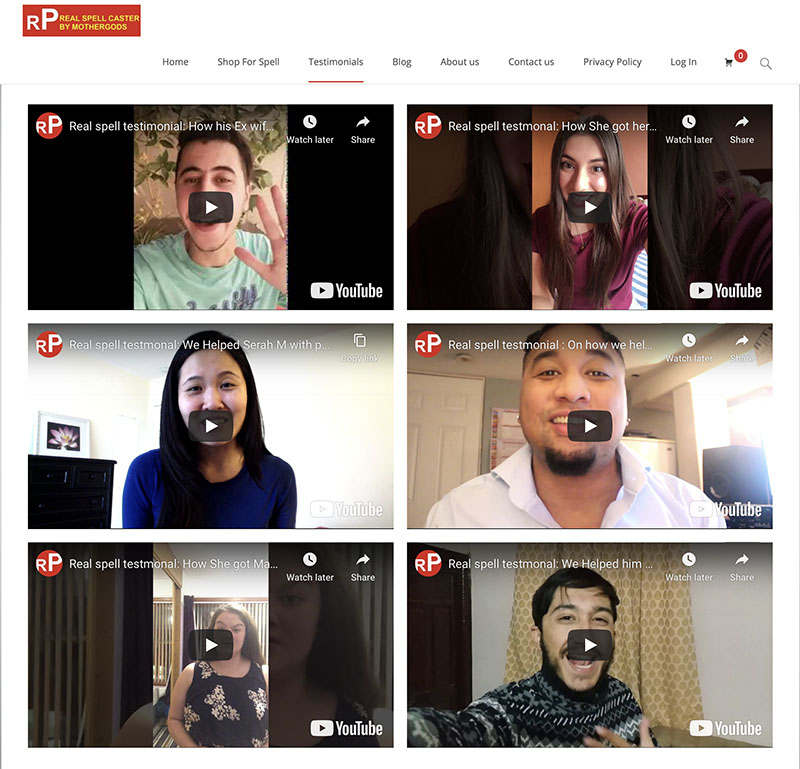 Enhanced Member
First of all can I point the obvious what kind of spell caster names theirselves Mothergods? That should let you know they're not authentic and yes it's a scam. I feel we need to stop being gullible which is believing everything. If if isn't Ashra and there's no validproof then just don't trust them. It's not our faults for them to make up a website and give people false hopes but most do have intuitions listen to your intuition or simply common sense. If you see our posts please stay away from her or any other nonsense casters I recommend you reach out to Ashra Koehn because she is the only woman who can help you. No body else can help and no one will give permanent results like her without backfiring.

Enhanced Member
@joonbug19 you are very correct with that statement. Anyone who names themselves Mothergods is utterly suspicious. The common tagline scammers use are; prophets, high priestess, Doctor (dr) anything, and voodoo master. Anything of that sort is a scam. These kinds of people make magic a joke... and make people run from believing in the impossible. This is what upsets me the most. @leogirl is awesome for finding all of this evidence.
C

Yesterday she sent me this:

Watch our latest spell casting process on Youtube and learn how we did it, we await their testimonies any moment from now.

Contact us if you need any of these spells.

Note: let money not prevent you from achieving your life time goals and objective.

We have lots of testimonies to show for our work.
Click to expand...

When I didn't pay, she emailed me today and said:

What is happening? you contracted us, made us to prepare the temple for your spell then back off.
Are you no longer interested in the Spell work?
Click to expand...

Enhanced Member
@joonbug19 That was my literal reaction. Who comes up with the name of MotherGods? I also found the name to be hilarious to me because it sounds more like it should be a character's name within a game. @Casey Lane I think that they were also trying to reel you back in again and the best way to stop this would be to unsubscribe from them immediately. And @leogirl You had done super well with all of research on them.

Mothergods is the same woman who is known as "Magical Witch" on Youtube. She is exactly like Emily Halifax, except she is hiding her identity and tries to get people to contact her at [email protected]

Why does this person need multiple Youtube channels and aliases?